Lead singer Mike Craft is the unmistakable voice of Smokie. When he joined the band in 1995 it was a tall order to follow in the footsteps of Alan Barton, who was so tragically killed in a road accident while the band were on tour in Germany. Yet Mike has achieved what many Smokie fans described as mission impossible. He has stamped his own voice and character on the band's unique stage and studio sound. 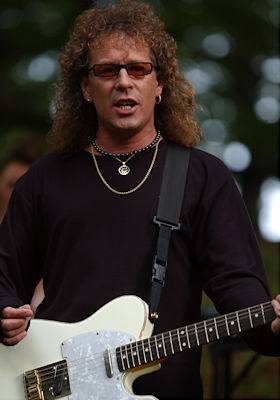 He quickly established himself as a gifted front man, building an instant rapport with audiences and developing a distinctive style.

Like Smokie itself, Mike's own origins are in Bradford. He was actually born 60 miles to the east in Hull but moved to West Yorkshire and has remained there ever since. He has worked for most of his adult life in the world of music and the entertainment industry. He had worked for a travel agent, a radio station and a record company whilst developing his own career as a performer. In addition to his undoubted singing talent he is also a gifted mimic and a natural comic. When the band and their crew are on tour Mike is the one most likely to bring a smile to everyone's face with an impression or a gag. He loves to entertain but anyone who knows him will also tell you that he is a deep thinker, with a lively interest in anything and everything. "Six years ago I would never in my wildest dreams have imagined how many wonderful things were going to happen with Smokie. I've lost count of the number of different countries we've been to and I love seeing the world and enjoying the different cultures," he said. "I've loved the emotional roller-coaster of performing live on stage. The feedback we get from our fans is magnificent. We've had some incredibly happy times and I don't mind admitting that on occasions I've cried for joy.

"One of the most emotional moments came in Beijing. We'd had lots of problems with the concert venue and organisers in China and we didn't know for sure that it would go ahead until a few hours before hand. There was also uncertainty about how a Chinese audience would react to us. We needn't have worried. They gave us a fantastic reception and when some young girls presented us with flowers on the stage I have to admit I was close to tears. 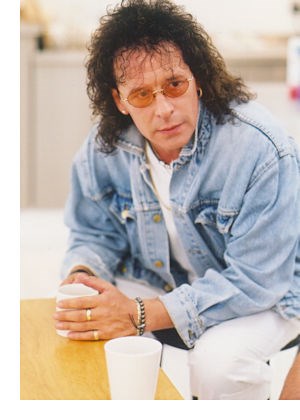 "When I joined the band I realised what a difficult task I faced, but from the outset I had absolutely total support, dedication and love from the rest of the guys, their friends and contacts around the world and of course the fans. "Enthusiasm, dedication and, above all, a genuine love of what we do are the key factors behind our success. We love nothing more than playing live on stage to an audience full of Smokie fans, old and new. It's difficult to put into words the sort of buzz we get from that. It's something really special and it makes it so worthwhile. "I honestly believe we get better and better with each performance. Yes we've got bags of experience and we've played hundreds of concerts but each one is a new experience and a different audience and we never give anything less than 100 per-cent.

"In a way we're a bit like a football team. We've got a great set of people behind us making sure everything is right when we're on stage. We're all great friends and it really is a team effort. It's not often we get the opportunity to thank all those people publicly for the fabulous job they do, so I'd like to place that on record right here and now." Off stage Mike loves his gadgets and his sport. When he is on tour he combines those obsessions. Wherever he is around the world you can guarantee his hotel bedroom will be festooned with an array of computer and electrical equipment, much of which he takes on tour to help him keep in touch with his beloved football team Bradford City. 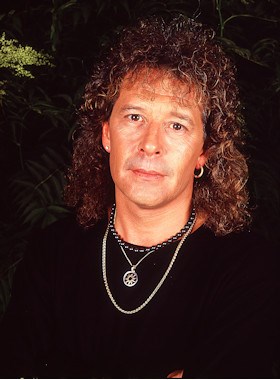 He is currently recovering from the disappointment of seeing City relegated from the Premiership but admits the two years the Bantams have been in the top flight have been a great experience. "We'll bounce back," he said. "We've got some great players and I think the experience they've had in the Premiership and their thirst to get back there will give the club a great chance to get promoted from Division One at the first attempt."

Mike says he sometimes pinches himself when he thinks what Smokie have achieved in the last couple of years. "We've been to more new countries, had a fantastic UK tour, seen the Uncovered album do incredibly well and been on loads of TV shows. The momentum of Smokie seems to getting faster all the time. "Thanks to everyone we're busier than ever. My heart goes out to all our fabulous fans."