Smokie would like to welcome Pete Lincoln into the Smokie family. 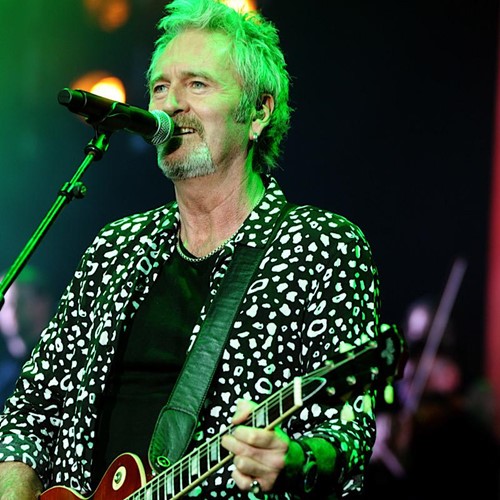 Pete has been a long-time friend of the band over many years.

Both Smokie and Pete have often been on the same bill and shared many a stage, so he knows Smokie very well and vice versa.

Pete comes with a wealth of experience and has an extensive personal musical CV.
Over the years, he has worked as a backing singer with Cliff Richard, he has fronted Sailor and as most folks will know, Pete was lead singer with glam rockers “The Sweet”

In recent years he has been quite busy with his project “The Frontm3n” as well as being a solo artist releasing his own albums.

Pete is an excellent and versatile musician, both on electric and acoustic guitar. He is also an accomplished songwriter; attributes that were paramount when we set about looking for a replacement for Mike Craft.

We are well aware that change is sometimes hard for fans to swallow, but we sincerely hope that Smokie fans worldwide, will welcome Pete on board and give him the support that you have always shown in the past.

Pete will join Smokie in rehearsals as soon as Covid restrictions are lifted.

Smokie fans will be pleased to know that we will once again, be ready to hit the road and bring you the energetic show that you are used to seeing and expect.

Please support Pete and give him the encouragement that he deserves in taking on the task of fronting Smokie.
We also know that fans will want to meet and speak to Pete when we finally get back on tour.
He is one of life’s nice guys and very approachable.
We are delighted and excited to have him on board!

To Smokie fans far and wide.

We are saddened to announce that Mike Craft has decided to leave Smokie. 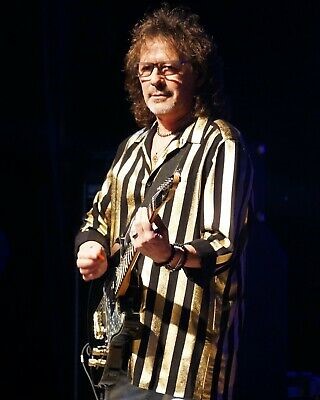 Mike has been with the band 26 years, having joined in 1995 after the tragic death of Alan Barton.
Mike had a huge pair of boots to fill at the time, and he did that job admirably.

His contribution to the legacy of Smokie will be written in history and deservedly so.
Mike is widely recognised by many as an extremely professional artist.
His dedication to the band was never in question and Mike was incredibly popular amongst Smokie fans far and wide.
Mike could also be incredibly witty and he gave us many a laugh, on so many occasions.

Mike made a name for himself on his debut album with the band, “The World And Elsewhere”
In many ways, it is recognised that Mike injected a new energy into Smokie, especially with his energetic live performance and his gift of talking to any type of audience.

Mike made an incredible contribution to a further 7 studio albums as well as various compilations and live DVD’s.

As a band, we tried to encourage Mike to stay on board, but Mike felt the time was the right to step aside; and we quite rightly, respect the difficult decision Mike has taken.

Wish Mike the best of luck for the future.

We sincerely hope he enjoys his retirement with his wife Julie.

Smokie will of course continue and we will update you after the weekend.

We always remember Alan Barton, this time of year
Alan was a huge part of the Smokie family as well as the band's history and will always be sadly missed, by band members and fans alike.